Rida Alvi is an International Baccalaureate (IB) student at Annapolis High School, with an interest in travel, art, tennis, history, and public policy. While most of her interests are just hobbies, her passion for public policy has led her to one of the highest student leadership positions in Anne Arundel County: Student Member of the Board (SMOB).

Alvi explained that her family loves to travel and that she has been to 48 state capitals. She is a member of the Key Club and Spanish Honor Society at her school, along with playing tennis even though she is “not very good at it.”

She genuinely loves school and stated, “I’m that kid in class that asks way too many questions.” She believes it is extremely important to have close relationships with her teachers and community because, as the daughter of two Indian immigrants, she relies on her teachers and community to learn about things like applications and admissions essays.

She has also organized several events at her school, like International Night, to strengthen the community. While she would like to continue to help organize events, Alvi explained her first priority is SMOB, but, “this year I mentored some students so they can take over.”

Alvi’s first time on a political campaign was for Barack Obama when she was just four years old. While she has tried different subjects, like technology and art, she has always been drawn back to public policy. “I think that’s where my heart is and I would definitely love to do it in the future because there’s always change that needs to happen, you just need to figure out a way to be a part of it,” Alvi said.

Alvi lives in Crofton and attended Four Seasons Elementary before being redistricted to Nantucket Elementary, but joined the IB program when she was in sixth grade. She explained that the IB coordinator presented at her school when she was in fifth grade and that she had a friend in the program, so she decided to apply. Her time is split between Crofton and Annapolis, which is why she identifies as a member of two communities. “I live in Crofton, but all the stuff I do is in Annapolis–the State House and school and all of that,” she explained. 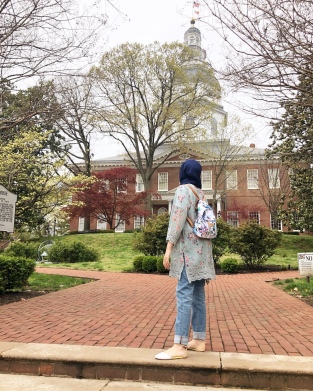 Alvi stated that being a member of CRASC helped her with public speaking and debating policy, but did not give her any kind of advantage in running for SMOB other than seeing how the current SMOB, Josie Urrea, performed. “What SMOB does is very different than what CRASC does,” she explained. “They’re separate entities.”

She does believe other experiences have helped prepare her for her new position, like interning for Speaker Mike Busch and organizing events at school, but also the “little things,” like understanding how to interact with adults, write emails, schedule meetings, and talk to reporters.

There were several steps in the SMOB election process Alvi had to complete including nominations, information nights, interviews, campaigning, the debate, and, finally, the election. Alvi said that the interview, which purpose is to narrow the race down to three candidates, was “actually the hardest part of the process.” She explained that it was just a conversation about how well she understood the SMOB position, but that she had to do a lot of research and preparation.

The debate was also stressful for Alvi, but she said she enjoyed the opportunity “to share some background on myself as a person and the policies that I was proposing.” Most of the questions she was asked were about what she thinks the biggest issues are in the county and how she plans to fix them, but the one question that threw her off the most was what she thought Bob Mosier, Chief Communications Officer for AACPS, should name his new dog. This was one of a few “fun” questions that were thrown in to lighten the mood, but Alvi explained, “I was so focused… that going to a fun question took me a little bit.” Alvi recommended that Mosier name his dog Spotty, which she later found out was the name of Mosier’s first dog.

All of the preparation Alvi had put into her interview, the debate, and campaigning culminated in the election. This was the climax of the entire process, which Alvi described as “definitely scary,” but explained, “I tried to put on as much of a confident face as I could.”

The election was held at Lindale Middle School, where candidates had one last opportunity to campaign before voting commenced. Alvi stated that the candidates and their campaign staff arrived early, then “everyone set up their tables in the lobby area [with] our posters, flyers, balloons–all sorts of things.” Each campaign team had an hour and a half to discuss their platforms with students and hand out flyers and other merchandise.

Everyone moved to the auditorium where Alvi and the other candidates, Tyler Bailey and Charmi Patel, gave speeches along with a question and answer session, followed by lunch and voting.

“Ms. Pellegrin, our CRASC Advisor, told us in a separate room who won and then we waited about 30 minutes while Josie gave her SMOB report and then they announced on stage. I went up and gave a speech about how excited I was and after that I came down and kids just swarmed me with hugs and stuff. Very surreal experience in that way,” said Alvi.

Alvi also stated Bailey and Patel were very supportive and gracious. “It was awesome to run against them, honestly, because they were so dedicated to what they were doing…I hope they go back to CRASC and stay involved,” she said.

Alvi said being elected as SMOB, “feels very surreal. I feel like I’ve spent so much time working for it that I kind of forgot the aftermath of it.”

The SMOB position is a big responsibility and while the SMOB is only required to attend the bi-weekly board meetings, Alvi plans to be much more involved. As an IB student, she is required to take six classes her senior year, but she believes she will be able to balance school with SMOB. “The two things that I have planned for next year are school and SMOB and that’s it. I also planned my schedule accordingly so I’d have a free period in case I have to go to the board. A lot of planning has gone into that and I’ve spent the last year managing my time pretty well with all the clubs and activities and CRASC, so I hope to continue that,” Alvi explained. 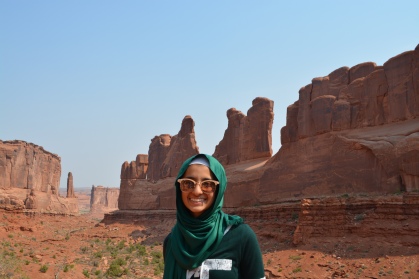 Alvi stated her biggest goal is to “make the position of SMOB grow even more… Josie is the Vice President, which was a big deal, but [I want] more students [to] understand what SMOB does, but also include people from backgrounds that we don’t normally include.”

She plans to schedule Board of Education (BOE) meetings at schools that are located farther away from the Parham Building, so more parents, teachers, and students have the opportunity to attend meetings and have their voice heard. “It’s really about the outreach because, again, there’s really a lot to learn and the first thing to do is talk to the people that I will be representing,” Alvi said.

There is not any aspect of SMOB that Alvi does not like, although she is nervous for the BOE’s closed sessions. “I know it’s a lot more complicated than it seems [from] the outside… but [I] would love to learn and figure it out and always stand my ground when being a student voice because I can think certain things, but in the end it’s about what’s best for everyone,” Alvi explained.

Alvi stated that she is most excited to meet and talk to students. She said, “kids get so excited when you come visit their schools and you’ve seen them somewhere and it’s really fun to go do that. It’s a great part of the job.”

Alvi created an Instagram account (@ridaforsmob) specifically for campaigning, but decide to keep it running after the election was over. She said that it is a great resource for students around the county to contact her and to show everyone that she is still a kid in high school. “I keep posting updates on it on what I’m doing because people need to know when you’re a student leader, you’re still a student and I have to go to school. I think I have a picture of me just doing school work. I definitely want to make an effort to show kids a lot of the behind the scenes [and] if they put their mind to it, they can do it too.”

Alvi plans to have a career in politics, although she has not decided between local and national. She wants to continue with local politics after her term as SMOB and believes local politics is, “a lot more influential… because change happens faster at the local level and your leaders are more connected to everybody,” she explained. “National politics is a whole world that I still have to explore.”

Alvi’s term begins July 2nd, effectively turning one of her interests into a prestigious position. She feels prepared for her new role with her past experiences as an intern and with CRASC, but is ready to learn and explained, “I get to do what I love every day, so I’m very excited.”