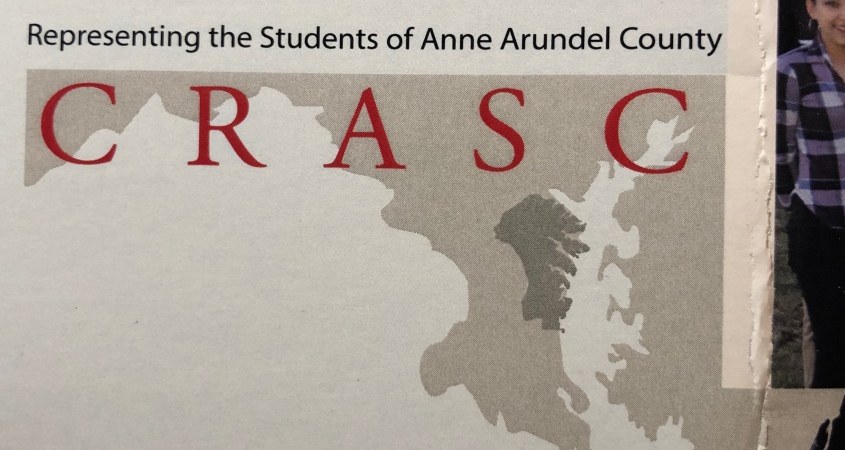 The Chesapeake Regional Association of Student Councils (CRASC) held their first regular meeting since the Student Member of the Board (SMOB) information night and campaign clinics on Wednesday, March 6th from 6:30 p.m. to 8:30 p.m. at the Parham Building. While SMOB events were discussed, it was not the primary focus of the meeting and the CRASC Constitution, selection of SMOB interview panel members, upcoming General Assembly (GA) at George Fox Middle School, and new CRASC t-shirt design were important agenda topics.

The meeting was open to questions from the public about the CRASC constitution, although, as noted by Anthony Liberatori, CRASC President, there were not any public commenters at the meeting.

The meeting was also open to questions from CRASC members and, at this point, a question was raised regarding changing the definition of the Equity Officer and even removing it all together. Rida Alvi, Secretary of Legislation, stated, “when it comes to election season, it’s a good position to have,” in regard to the question.

Another question was whether the precedent of allowing each SMOB candidate five minutes to answer each question during the debate should be formally added to the constitution. Josie Urrea, current SMOB, commented that it should just remain a precedent in response.

Stacy Pellegrin, CRASC Advisor, explained that there had not been much negative feedback about the constitution except a question from Chesapeake Science Point about their number of votes. “Most schools are approving it,” she stated.

After finishing with questions, the revised designs for the new CRASC t-shirt were passed around. At the last meeting on February 27th, the t-shirt design was a highly contested topic. Alterations to the design were proposed and three mock-ups of those changes were presented at the meeting. Two of the designs were on blue shirts, while one was on a red shirt. A paper with pictures of each design was passed around the room and each member voted for their favorite by placing a tally under their favorite design. The red shirt seemed to be the most popular.

While everyone was voting for their favorite t-shirt, the voting for the adult panel member for the SMOB interviews began. Urrea and any SMOB nominees in attendance went into the lobby to discuss the upcoming interviews and debate, since it would be a conflict of interest for them to sit in on the voting. Three candidates for the adult member were introduced by Pellegrin, who also provided some background information on each one. Members voiced their opinion of who they believed would be the best choice before voting. During this time, Liberatori stated, “that person could make or break the vote,” as a reminder to seriously consider which candidate would be best for the position. They voted by a show of hands to save time and because everyone agreed that they did not care if everyone saw who they voted for. Once an adult member was selected, a middle school student at large was also voted for, and then propositions for a high school student at large were made. Because candidates for the high school panel member had not been predetermined and there was not a high schooler present at the meeting who was applicable for the position, the vote was moved to the next meeting on March 13th.

Liberatori decided to do Round Table Member Reports before discussing the GA at George Fox Middle School because he did not want to rush anyone at the end of the meeting. Beckett Hummer, Middle School Coordinator, mentioned the code of conduct and handbook committee, which was asking for feedback, specifically on the dress code, Eric McAlexander, Secretary of Service, brought up the recent passing of an Anne Arundel County student and explained that he wanted to focus more on the new STAR Program, which helps students with substance abuse, Savannah Quick, Secretary of Education, asked for contributions to the upcoming board report on March 20th, Alvi mentioned a program that helps students pay for legal services and increasing internship and work opportunities for students, Urrea brought up how she would be testifying on a bill that would allow computer science as a substitute for a foreign language credit, and Liberatori transitioned the meeting into preparations for the GA.

CRASC will host a GA at George Fox Middle School on leadership next week. The four topics they will discuss are advocacy, planning, service, and kindness. Quick began to explain some ideas for activities like making fortune tellers and using sidewalk chalk to write nice messages to which Conor Curran, Chief of Staff, commented, “just hope it doesn’t rain.” Everyone got to choose which topic they wanted to lead at the event and then broke into their groups to brainstorm activities for the remainder of the meeting. These ideas will be finalized at the next meeting on Wednesday, March 13th.