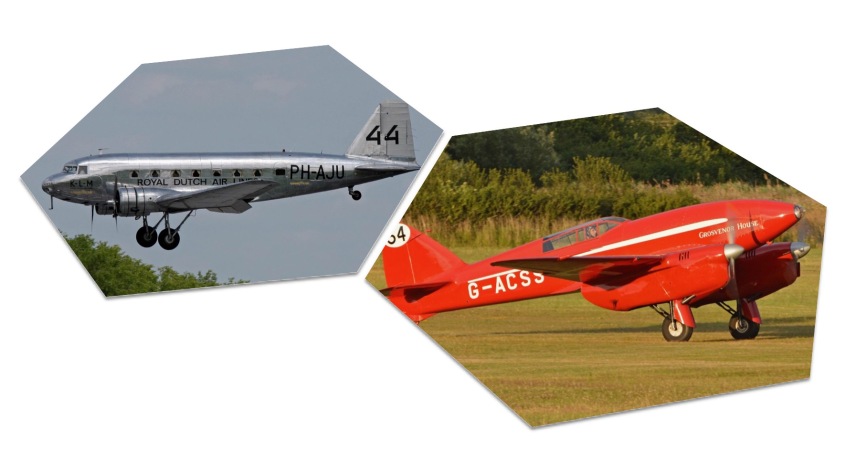 Two legendary aircraft are famous after the MacRobertson Air Race in 1934. Both are still operational, have a history, and are airworthy.

In the MacRobertson Air Race in 1934, a twin engine propliner operated by KLM called Uiver, which was a Douglas DC-2, placed second, while another aircraft, a DH-88 Comet called Grosvenor House placed first. Uiver is one of the only 2 surviving DC-2 aircraft, as well as Grosvenor House, with Black Magic being restored. Uiver can still be seen and flown in Aviodrome in The Netherlands, while Grosvenor House, which has been restored, can be seen at Old Warden in the United Kingdom.

Although there are no current DC-2’s in commercial service, Aviodrome has one of the only two Douglas DC-2 aircraft still surviving, which is the DC-2 called Uiver, and another DC-2 in restoration. Uiver’s registration number is PH-AJU, which is Dutch. The Douglas DC-2 was built by the Douglas Aircraft Company in America. Uiver was originally operated by KLM for commercial service before competing in the MacRobertson Air Race.

Unlike Grosvenor House and Black Magic, there was a green Comet called Reine Astrid, a resemblance to the Queen Of Belgium during its time, with a registration of G-ACSR. It was later repainted red and renamed to F-ANPY for French airmail. It did not survive though, as it was destroyed in a hangar fire in 1940. The 5th and final Comet, was called Boomerang. This comet also didn’t survive as it crashed in 1935, a year after the MacRobertson Air Race. Only 5 DH-88 Comets were built, and to this day, Grosvenor House and Black Magic (still in restoration) are the only Comet racer aircraft still surviving.

Airshows might have these two aircraft at different airports, but this has not been confirmed yet. For this moment, Grosvenor House flies and impresses the crowd at its new home in the United Kingdom, and Uiver takes passengers on a historical flight at Lelystad in The Netherlands.