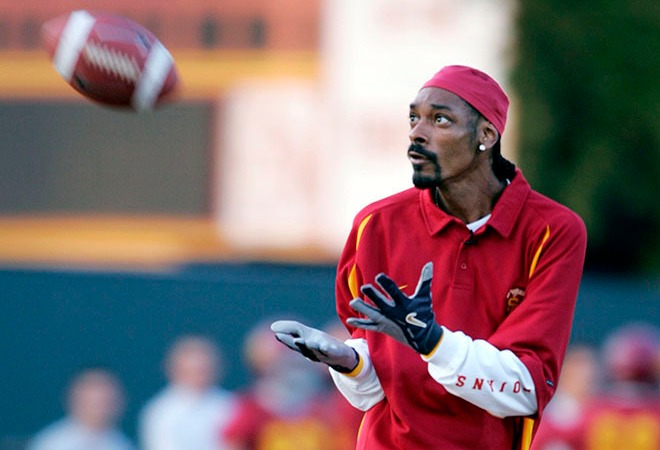 Snoop Dogg’s new TV show, Coach Snoop, on Netflix shows how Snoop keeps the kids off of the streets of Los Angeles and out of involvement with gang members, so they can be successful kids like they deserve to be. Calvin Cordozar Broadus, Jr.—Snoop Dogg— has a football league, the Snoop Youth Football League or SYNL, that is featured on the show. He established the league in 2005. Snoop Dogg has explained that the purpose of the league is to keep kids off of the streets and out of trouble, particularly in Los Angeles, California.

The SYFL is not just about kids playing football. It’s about showing kids a way of life that will help them be successful. Many of the kids on the football team have difficulties that they face at home, like living without one of their parents. Everyday, after practice, Snoop Dogg and K-Mack, the assistant coach, talk to the kids about how to overcome the problems they face, to be strong, and be who they are because the issues they have now won’t define them forever.

They want the kids to realize that they can be successful, but they can’t get distracted by the streets or do bad things, like get involved with gangs. Snoop Dogg stated on his show, “music gave me a power, but football takes me to the places I never been before.” He dreamed of being a professional football player, but he didn’t make it as a football player, but he did become the successful rapper he is today. Snoop Dogg is like a father to his players. He doesn’t just want his team to be national champions or the best youth team in the country.

He wants his kids to be more than that; to be better men with a good education and college degree, so they can inspire other kids all over the country who still face that same type of problems they do. Coach Snoop is a good TV show to watch because it teaches positive values and inspires kids to be successful.