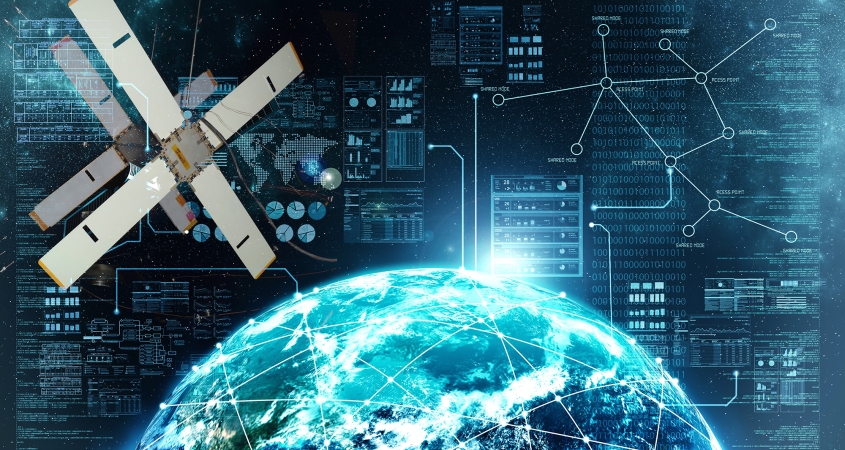 The last month of 2017 was filled with many historical moments. Perhaps the most significant news, the FCC decided the fate of Net Neutrality. From Voyager 1 to an Apple fiasco, December was a month to remember.

Sometimes creative marketing can step into creepy territory. If you use Firefox as your default browser, you may have noticed the automatic installation of a mysterious extension called “Looking Glass.” This is nothing to worry about, you haven’t been hacked. Firefox teamed up with the show Mr. Robot (amazing show). The extension was designed to be a part of the show’s alternative reality game. This whole event is reminiscent of Apple’s U2 album debacle that happened a few years ago. This raises the question of if the companies like Mozilla or Google have too much control over our browsers. Creative idea, terrible execution.

We have talked a lot about Musk and his Musken ways here on The Pulse. It’s no surprise that he has made it on the list with another outlandish idea. Musk wants to send a Tesla to Mars on a Spacex rocket while it plays Space Oddity by David Bowie. This has to be one of the greatest marketing moves in history. The car will launch in the Falcon 9 rocket. The Falcon 9 is the first reusable rockets in the history of flight. The project has gotten some backlash. Musk is being criticized for what is essentially cross-platform marketing, instead of sending a satellite or something more useful.

Voyager 1 was launched in 1977 to go through space and study the solar system. It carried the famed “Golden Record” that has the most important parts of humanity. After its mission, the craft was set on a path into space to eventually find Extraterrestrial Intelligence. For 40 years, Voyager has been moving at a speed of over 38,000 MPH. The Golden Record that has all of the data (encoded in analog) is said to last indefinitely if not damaged by objects in space. NASA called on Voyager for the first time since 1980 to correct the TCM thrusters so that it would start on course. After 20 hours, they heard back. Voyager will run out of power in 2025, but will keep going far into the universe. If not met by anything, Voyager may even outlast humanity.

It seems that the former myth of planned obsolescence has been confirmed. After many customers and even tech analysts complained older iPhones were slowing down as new updates were released, the company then did something completely unexpected—they confirmed the rumors. This, expectedly, brought a lot of backlash and even many lawsuits. In a move to help lower the tensions, Apple decreased the cost of new batteries from $79 to $29. The company is still in legal trouble.

Net Neutrality is number one on the list once again. NN is a rule that all internet traffic should be treated equally. Without these rules, your internet service provider can throttle down the speed on any website they wish. NN was repealed in a vote by the FCC. Now, to complete the process, the repeal has to go through Congress and the Courts. There is a lot more that the repeal effects; the article below helps explain it.