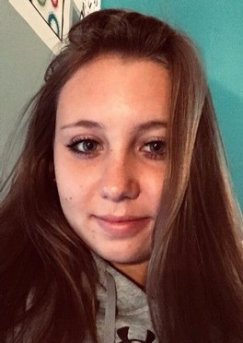 Natalie Adams is a Senior and the editor in chief for The Pulse. She’s a member of three honor societies, and also plays softball for Arundel. Outside of school, she has been a People to People student ambassador, where she traveled around Europe. Natalie likes traveling, boating, painting, and drawing, and listening to music. After high school, she hopes to go to college, probably University of Maryland, become a journalist and a lawyer, travel around the world, and live to be at least 101. 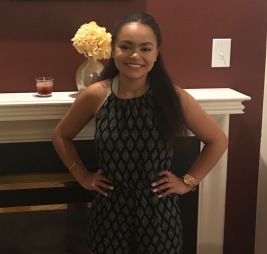 Caitlyn Freeman is a Senior and the news editor for The Pulse. She’s a former Arundel cheerleader and serves as the Secretary for the National English Honor Society. Outside of School, she is involved in INROADS College Links and is the Student President for the D.C. chapter. Caitlyn likes traveling, reading, writing short stories, Disney World, make-up, eating tons of unhealthy food, watching the Redskins struggle on Sundays, and watching Netflix. After high school, she hopes to go to college and become either a Journalist or Prosecuting Attorney, travel, and write a non-fiction book.

Briana Mercado is a Senior and the producer for Wildcat TV. Her most popular productions include Haunting of Arundel, Spirit Week Highlight reel, and 11 Qs. When she’s not busy with school, Briana works as a Wegmans cashier. She’s a member of three honor societies and the secretary of one. She enjoys hanging with her friends, playing with her dog, Maxroy, and jamming out to throwbacks in her car. After high school, Briana hopes to go to college, possibly Purdue University, and major in a STEM field plus minor in journalism or media production.

Sierra McFarlane is a senior and social media editor for the Pulse. She is a former Arundel Varsity cheerleader and is the Editor/Web Master for the school’s Key Club. Outside of school, Sierra enjoys taking pictures, reading, drawing, watching Netflix, and sleeping. She hopes to go to college away from Maryland and major in film production.

Mondrey Bowery is a junior and has an active role on WildcatTV as a contributor. You might recognize her from her many memorable roles such as half of the Women in the Halls or Haunting of Arundel. When she’s not participating in skits you can find her running track for Arundel. Mondrey also works at Burger King, which she thoroughly enjoys. Her future plans include going to college and majoring in psychology. 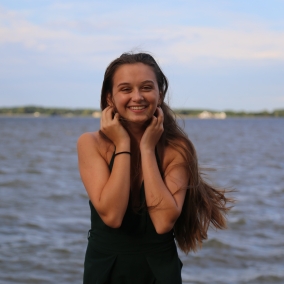 Alexa Baker is a junior and a Wildcat TV producer. Alexa enjoys writing scripts, recording segments, and editing segments. Her work for Wildcat TV includes Vine of the Week, Spirit Week Video Highlights, and she is always writing scripts for new skits and stories. When she is not working on Wildcat TV, she is on the field or at a competition representing Arundel as a JV Cheerleader.

Alexa Hoyer is a junior and a producer for Wildcat TV. Alexa’s work on Wildcat TV includes Vine of the Week and Sports Segment videos, she also starred on the Haunting of Arundel. When Alexa’s not working on Wildcat TV, she can be found on an ice rink either playing ice hockey or working with Nelson hockey Metro maple leaves. She also actively manages Varsity Football in the fall. In her free time, she is hanging out with friends and working on hockey skills Her future plans include going to Anne Arundel Community College for 2 years and finishing her next two years at a full-time college.

Rianna Overton is a senior and a Wildcat TV Contributor. You may have recognized her from her many roles in skits such as the Haunting of Arundel and ‘Out Top 2017 memes/trends’. When Rianna is not staring at Wildcat TV she can be found on the Basketball court playing for the Varsity Girls Basketball Team. In her free time, she enjoys binge-watching shows on Netflix. Her future plans include studying sports medicine and becoming an athletic trainer.

David Burgess, also known as Davey,  is a senior and a columnist for The Pulse. His column is named Davey’s Corner and you can check it out here. Some of his works include: “Abandoned 25 Year Old Bill Kromer Band Organ Found In Ocean City Maryland” and “An old time favorite, the Wurlitzer 153 Band Organ plays on”.

Leah is an Arundel senior and a contributing writer/reporter for The Pulse. She is an involved member of Arundel’s music program, having been apart of the string orchestra, marching band, concert choir, and Tri-M honor society. As a member of NEHS, she feels passionately about English and is active in the creative writing department as well. Aside from writing, Leah enjoys reading articles and comics, playing as well as listening to music, and making and styling clothing. Her main goal after high school is to travel as much as possible.