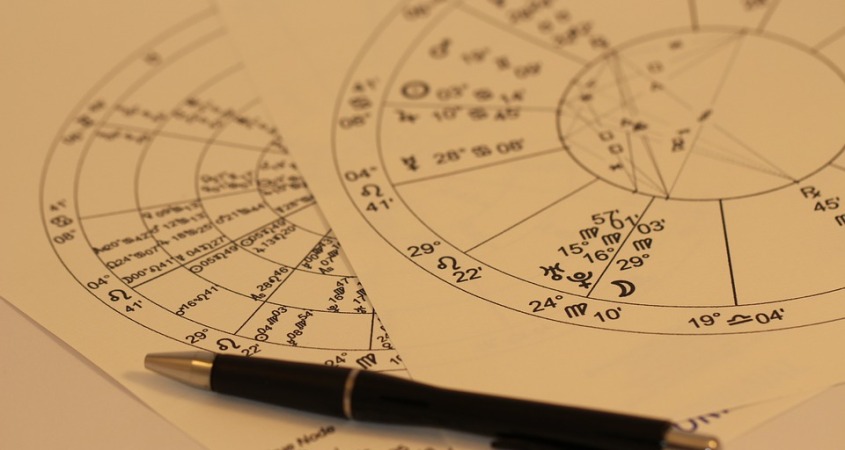 You might be familiar with astrology or horoscopes—maybe even zodiac signs. You might also know that astrologers believe that the positioning of the stars and planets affects a person’s character. Ultimately, astrology and zodiac signs are based off of theories, opinions, and stereotypes. Your zodiac sign is perceived as an essence of your personality determined by your birth month. It may sound like an absurd concept, but to the vast majority of the current generation, astrology is a captivating idea.

Opinions and views on astrology vary. Some believe that astrology consists of factual acknowledgements of a person’s true self. Others believe that the concept is baseless, made up to fit a person’s imagination and how they wish to perceive their personality. Regardless, astrology posts are scattered across the internet and the most popular social media platforms, strongly favored by the modern-day generation in comparison to previous age groups.

However, the power of the internet has been both a gift and a curse. On one hand, the sharing of astrology posts has assisted in spreading the concept to the masses, garnering more interest. On the other hand, this same sharing capability has weakened astrology’s authenticity. Any internet user with no prior astrological knowledge has the power to craft a nonsensical astrology post and pass it off as legitimate.

To determine how the current generation feels about astrology, several questions were posed to Arundel students regarding their views.

What are your views on astrology?

Classmate 1: I think it’s pretty cool and interesting to get into.

Do you think it is real?
Classmate 1: Yes.

Does astrology affect your personality or behavior?
Classmate 2: Yes, because based off my personal zodiac theories and sign’s theories, they seem pretty accurate and I relate to them.

Is it an important part of your life?
Classmate 2: Yes, because it is a part of my beliefs now.

Do you believe in astrology?
Classmate 3: Yes and no, because certain horoscopes or astrology posts relate more than others.

Do you think people enjoy reading astrology posts?
Classmate 3: Yes, because they’re fun to read and make you feel better about the future.

While it appears that astrology is at least somewhat appealing to today’s teenagers, modern-day use of astrological knowledge is not without its downsides.

Scroll down Instagram’s popular page, and you are almost guaranteed to come across at least one zodiac post. These commonly consist of 12 zodiac signs listed with each of their personality traits. For example, Aries is frequently shown as the sign full of anger, and Cancer is displayed as the most emotional sign. These stereotypical, one-dimensional views possess the ability to alter people’s own perceptions of themselves. If an Aries loses their temper, they may be compelled to simply excuse their anger as a product of their sign. There’s even a chance that two people might not want to associate with one another due to their beliefs regarding their signs.

Ultimately, while some genuinely believe in astrology, it can be argued that others simply use it as an excuse for their unfavorable traits. A majority of astrological posts are just made to list shallow, over-generalized behaviors of each sign. If you read a post regarding your sign that you consider stereotypical or one-dimensional, don’t take it personally—not all astrological posts are made by knowledgeable astrologers.

There is nothing wrong with believing in astrology. It’s a great way to bring this society full of controversial issues together to form conversations, make new friends, and to enjoy the little things, like astrology posts on the internet.