The Wildcats fell into early defeat in their first set loss of 25-15, but quickly bounced back to win the next three sets and take the title. Arundel dominated set two and three with a 25-12 and 25-13 win, and worked from behind to have a stunning 29-27 victory in set four.

“I feel like our momentum and energy definitely increased from set 1-4. I also feel like our energy started to fade throughout the fourth set, but then picked up by the end of the set,” said senior Sydney Sheppard. 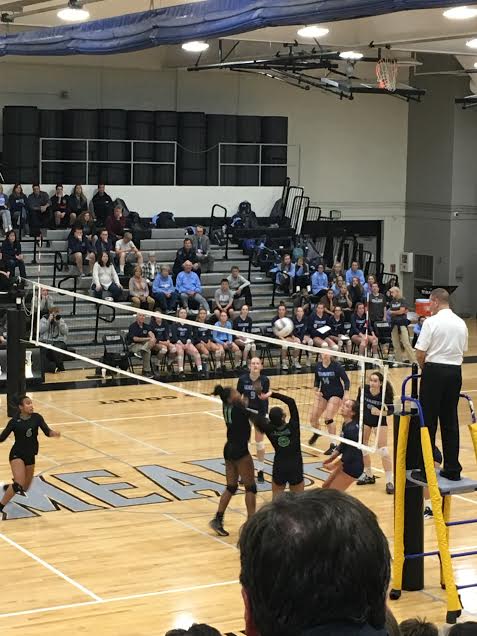 As Arundel comes off of their big win, they look to keep their dream season alive in the regional tournament.  The Wildcats will face the winner of the North County vs Old Mill game, at home on Monday November 6th at 6:00.  With the county championship in the past, Arundel looks to take each game one by one in their road to states.