The Arundel Football team (1-1) has had an up and down start to the season with a 53-34 win over Perry Hall and a 47-26 loss at the hands of Meade and will look to bounce back Friday vs South River.

Despite being down as much as 26 points, the team was able to rally against Meade but ultimately lost the game.

The loss to Meade was the first loss to that team in 15 years. The team will look to bounce back tonight as they host South River.

Despite this loss, the players seem very confident that they can still contend for a deep playoff run. As running back Darius Hunter said, “Meade was a great early season test for us, sadly we lost the contest but I believe the guys I play with that not only we can get it done for Arundel Football but for our coaches and the community”.

Speaking on South River, Hunter told me “When I looked at their film, they were pretty solid, they should be a good challenge for us on offense. They are 1-1, we are too. It should be a great first home game.” 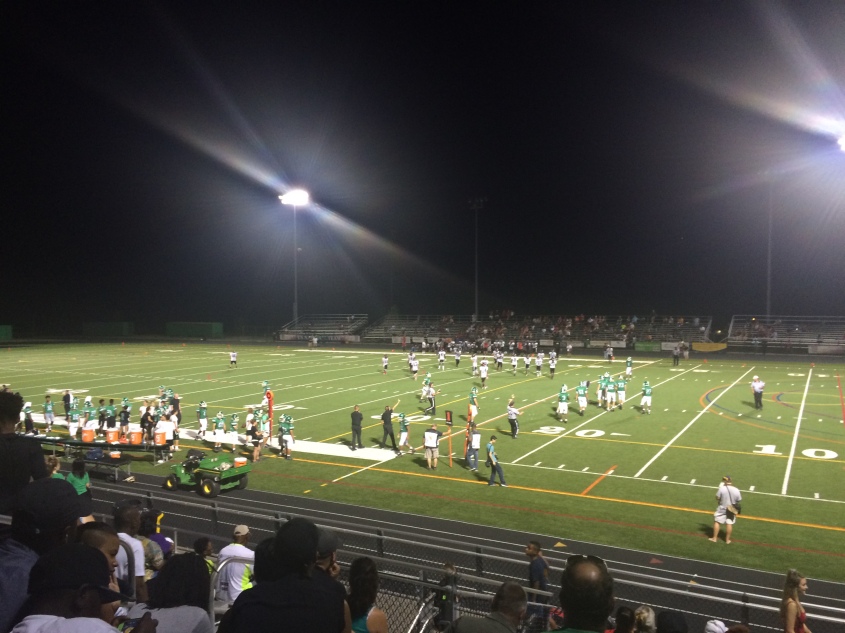 Based on the vibe from the team, it should be a pretty important game in contending for a playoff spot . You can catch it Friday night at 6:30 right here at Carroll Field.