Women’s soccer has blown up globally since the year 1999 after the Women’s World Cup. With an estimated 40 million viewers, the USWNT took the title and inspired young girls to believe they could achieve greatness.

American Women’s soccer is special. Women cannot physically be as athletic as the male professionals so they must play a strong tactical game. While observing the men’s game, a player will dribble the ball 25-30 yards around four defenders and rip a shot. Most women at the top must use combination and tactical awareness to move off the ball and penetrate the defense. While it is entertaining to watch a super human dribble four defenders, the patience, timing, and precision it takes women to crack the code cannot go unnoticed.

The USWNT is the best in the world. Soccer in other countries is primarily for men, but if women do play soccer, they are typically separated from culture or “not lady-like.” In America, girls who play the game are often well rounded and are supported culturally. When my team went to Europe, we played teams from London, Ireland, Italy, and Sweden. The girls were total jocks and were almost masculine. Many were there to have a good time, as it was not nearly as competitive as soccer is in America. 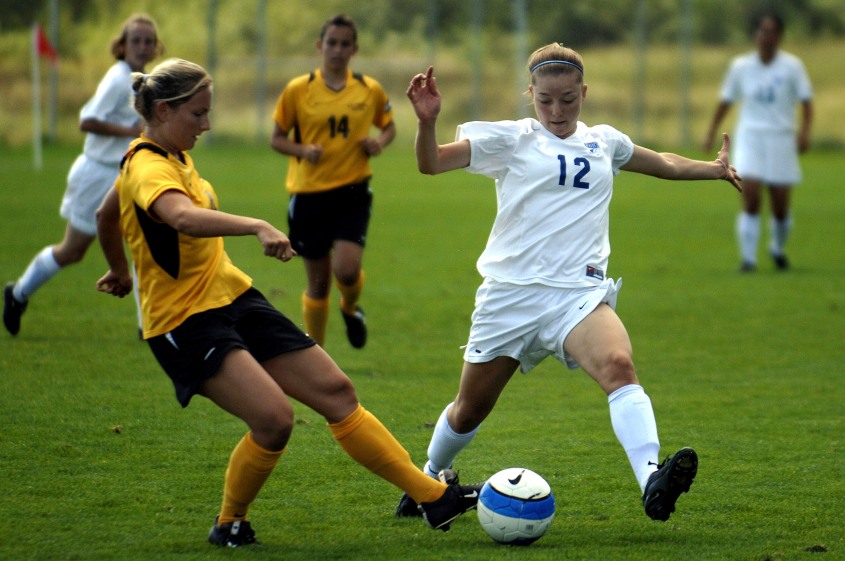 Women’s soccer is a sport that will expose your weaknesses depending on the challenger. Whether it’s the other team’s complex system of attack or simply the forwards speed, a team or player will expose your weaknesses. The only way to reach the top is to acknowledge those flaws and turn them into strength. The game only allows those who work to reach the top, especially in America. Practicing hard with the team a few times a week is not enough to get anywhere in this country. A player has to be willing to sacrifice parties, sleep, and time with friends to advance as a player. They also have to be willing to have crazy tan lines and get used to being called “thunder thighs.”