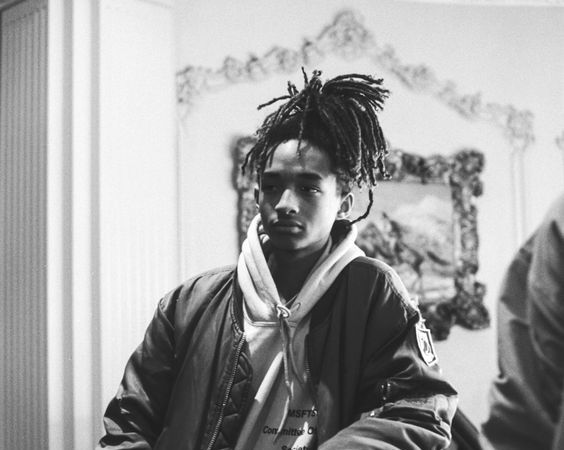 My third eye has been opened and no, it is not because of water fluoridation .  If you haven’t seen Jaden Smith’s tweets prepare yourself to find your inner zen.

The first tweet that I want to digress on is:

HardWork Dedication Until There's Peace And Non Poverty In Every Nation, And I Isn't Patient. ||

As we all know Jaden Smith has  never been one to shy away from the political scene, enter Shia LeBeouf’s Anti-trump Broadcast. So, of course, he stays woke on all the world problems and epidemics. This tweet allows younger people to believe that yeah, maybe we can make a difference, in fact the most important part of this tweet is ‘I Isn’t Patient” because he is young now and he is striving to end poverty and establish peace at only eighteen years old.

Say less. No, nope, he kept on going,

He was nudging at the fact that social media leads to a void of loss time and wasted energy. I know I spend at least one hour on Instagram a day and even more time on Twitter Snapchat, and other Social Media websites. Doing what? Scrolling and watching pointless videos, selfies, and text posts; I could be studying, just kidding.

All Of Your Idols Are Going To Start Writing Their Own Articles, And These Uninformed "Journalists" Will Become Obsolete.

by this he could mean: when will the fame cease to give a celebrity  opportunities to venture into areas that celebrity may be less informed in. Put yourself in a Journalist’ shoes: it is very hard for aspiring Journalists to get jobs in larger scale companies and you have to build your way up to the position you want to take on as a journalist, imagine you finally get to your dream job only to be fired because your articles get less views than Drake’s articles. (Did you see what I did there?)

When Life Gives You Big Problems, Just Be Happy You Forgot All Your Little Problems.

This tweet instigates that sure bad things happen but sometimes more bad is better than little fragments of bad, so we should happy when big bad things happen because good is coming. For example, your big problem could be that you fall down the stairs and break your arm, at least your not worrying about those three classes you are failing.

People Think They Have To Choose.

It is set in our to minds we can only have options and that out of those options we can only choose one but we don’t have to choose. We are allowed to have free choice and no decision is set in stone. For example, Pluto, which was formally a planet  but is now stripped of it’s reputation but some peoples still believe it is! And, as one young girl from that El Paso commercial once said ‘porque no los dos?” (Translation: why don’t we have both.)

God Bless The Media, If We Didn't Have It, Who Would You Judge To Make Yourself Feel Better.

This tweet deciphers to a basic meaning, we use social media to hurt others and boosts ourselves. Even it is subconscious, we personally highlight on celebrities who you feel are invincible but sometimes they aren’t. There are many articles that target a simple flaw of a celebrity that many people actually have.I mean,I don’t feel better when I’m looking at Selena Gomez’s Instagram account, so where is the validity of this tweet?

I mean this is pretty self -explanatory. You know, unless you are any other person in the world including teenagers. I, on average, get less than six hours of sleep a night and spend eighteen hours awake. So consider this tweet debunked.

Yeah Whatever Your Still Not As Cool As North.

Facts, Next. (If you don’t understand, he is referring to North West, daughter of Kanye West and Kim Kardashian West)

My interpretation of this tweet is that in relationships you  lose yourself in the honeymoon phase but once you start actually getting into the seriousness and conflicts of said relationship then it becomes more about the money and gifts then anything. And, you probably already know that we are experiencing a gold rush because there are gold diggers coming from left to right.

After actually taking a look at theses tweets on a different level, I realized he lacks punctuation which is kind of disappointing but nevertheless the message still comes through. I personally feel that he capitalizes every letter because he believes that every word he writes is important and it is. Jaden Smith capitalizes on everything he believes is important in society and therefore we should pay attention too his tweets that are slowly foreshadowing to his Presidency.