It’s your classic game of American Football. Throwing, hitting, scoring and all the same exciting plays. There’s just one catch: you’re inside.

Let’s start with Washington: They are called the Washington Valor and will play all their home games at the Verizon Center in Washington D.C. They have already played and won one game at home against Baltimore’s new team, the Brigade.

Some notables on the roster include Quarterback Erik Meyer, who was a star at Eastern Washington, and won the 2005 Walter Payton Award(Best player in D1-AA). Meyer threw for 10,261 yards in college and is considered a veteran in the Arena Football League. They also have another solid QB with a lot of experience on his own as backup QB Bernard Morris has had Arena League stops with the Arkansas Twisters, Pittsburgh Power, Jacksonville Sharks, and Orlando Predators. Both guys saw playing time in their win over Baltimore.

Now on to Baltimore: The Brigade. The Baltimore Brigade. They play their games inside the Royal Farms Arena in downtown Baltimore and bring a nice compliment to the NFL’s Baltimore Ravens. They already have one win under their belt as they beat the Cleveland Gladiators back on April 18th. They are led by QB Shane Carden and former Ravens WR Laquan Williams. Carden had his fair share of success in college as he had 11,991 yards and 86 Touchdowns as East Carolina but has not really been able to stick in the NFL after going undrafted back in 2015.

Laquan Williams made a name for himself right here in the DMV area as he was a two sport star at Poly High School(Baltimore) and then translated that into success on the football field at the University of Maryland where he was named to the ACC all freshman team back in 2007. He went undrafted back in 2011 and signed with the hometown Ravens and was a key special teams player during their 2012 Super Bowl run. 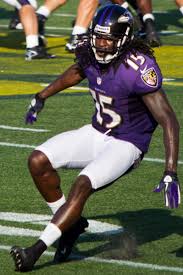 This tandem of Carden and Williams has the chance to lead the Brigade to success right off the bat. Owner Ted Leonsis is really excited about this team as he told the Baltimore Sun, “We’ve sold like 500 season tickets,I think the arena sits like 10,000 people”. If you do the numbers, that’s a pretty good crowd.

Below is the link to  schedules for Both teams: