Les Misérables is perhaps one of the most popular musicals in history; the London production of the show is the world’s longest running show, the musical has won over 140 professional awards including Tonys and a Grammy, and it has been translated into 22 languages. Usually people have to travel to New York City to see the show done, but for a limited time the students of Arundel High School will be performing it.

Les Mis will be performed in the auditorium at Arundel High School on March 24, 25, 26, 30, 31 and April 1. The Thursday, Friday, and Saturday shows will be performed at 7:30 P.M. while the Sunday show will be at 3:00 P.M. Tickets are $12 for adults, $10 for seniors, military, and students, and $7 for children 10 and under. Tickets can be bought at the door or pre-ordered at ArundelLesMis.com

The students have been rehearsing since January, and they have a vigorous schedule. After school the students will meet for 16 hours a week, 4 hours everyday except Friday. Techies and actors attend set builds every Saturday from 9 AM to 5 PM.

This is Arundel’s second musical directed by Mrs. Minor, the theater teacher here at Arundel. Last year she lead the production of Joseph and the Amazing Technicolor Dreamcoat, and the turnout was fantastic. Mrs. Minor also oversaw the Fall One Acts and teaches piano and musical theater. 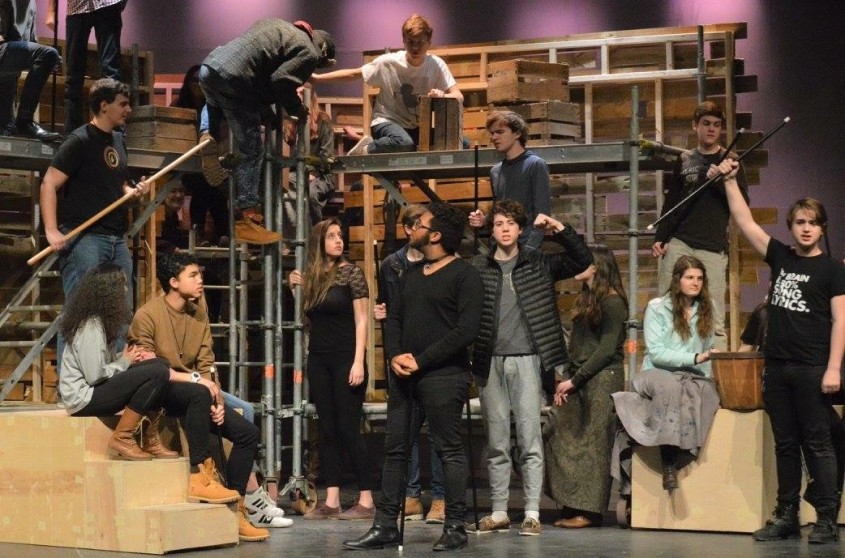 The students are all extremely proud to be putting on such a prestigious show and hope that the turnout is as good as last year, if not better. When asked about their hopes for the show, Su Kim said “I hope for it to be memorable, for us all. I want to be able to look back on senior year and for this production to be one of the highlights.” Su is going on to be a student at Towson, hopefully studying music education.

Neel Sanghvi is playing his third lead with Arundel Theater company and says his favorite part of the musical is “singing with my closest friends and companions, but at the drawback of the hours spent doing so.” Neel will be going on to study biomedical engineering, but he will always take part in music extracurriculars he says.

Laura Bonnington (Ensemble and Fantine understudy, junior) says “I hope people leave the theatre inspired and wanting more.” If you are looking for something to do, the theater will have its doors open March 24 through April 1.