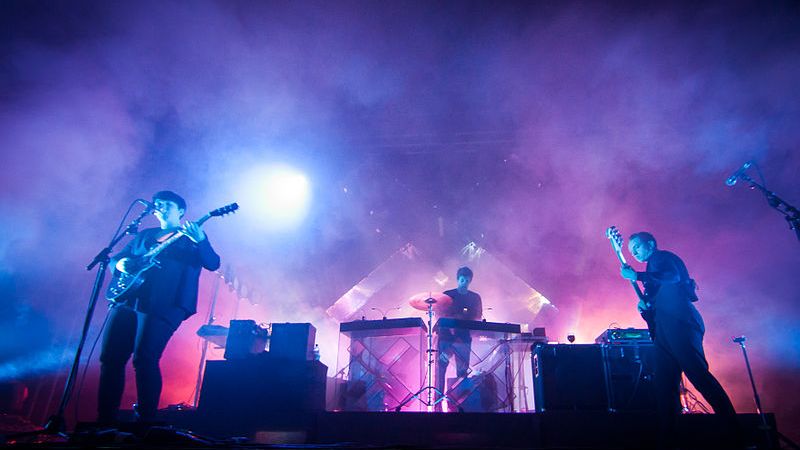 In 2015, The xx announced that their third studio album would wield “a completely different concept” than their previous records. I See You, the band’s first album in over four years, delivers just that.

Londoners Romy Madley Croft, Oliver Sim, and Jamie Smith first emerged on the music scene in August 2009, making a name for themselves with the release of their debut album xx. The album’s melancholic, minimalistic beats intertwined with Romy and Oliver’s intoxicating vocals, and Jamie’s masterful music production, catapulted the trio into the limelight. On The xx’s latest venture, their staple intimate atmosphere receives a makeover. I See You demonstrates the growth and development the band had undergone over the break following their sophomore album, Coexist. Listeners experience The xx crawl out of their shell, as they stray away from stripped-down arrangements to experiment with a new sound that’s luminous and bright.

The record kicks off with “Dangerous,” featuring a mix of brassy and pulsating futuristic beats, a richness of sound unheard of from the band. It’s clear from the start that I See You brings with it a new, livelier era for The xx. “They say we’re in danger, but I disagree,” Oliver croons, painting a picture of a relationship in troubled waters. While their sound has experienced an update, the band’s familiar lyrical themes of relationships and the complications that love entails have endured.

“Dangerous” melts into “Say Something Loving,” a passionate ode to the disillusion that sets in when falling out of love. Layers of shimmering guitar riffs and a vibrating bassline braid together with the impressive vocal abilities of Oliver and Romy. “Don’t let it slip away,” the duo warns amidst haunting echoing guitars, as the track fades out.

“Performance” and “Brave for You” take the band back to their roots as the songs ooze with a barren, undressed sound, reminiscent of The xx’s preceding albums. The tracks find Romy centerfield. On “Performance,” she delivers a soulful ballad, exploring the act of putting on a mask to hide life’s scars. “So I will be brave for you, stand on a stage for you,” Romy promises in “Brave for You,” a poignant dedication to her deceased parents. Her mother died when she was 11, and her father followed suit while Romy was touring for The xx at 20. The song features Romy at her most vulnerable, as she vows to go through life with courage to honor her parents’ memory.

The xx’s first single since their sophomore album, “On Hold,” serves as a dazzling introduction to the band’s rejuvenated sound. The song was released on November 10, the day after the US presidential election. When questioned about the significance of the release date by The FADER, Romy claimed, “Our single release of ‘On Hold’ was always planned for the day after [the US election] …It was difficult, but we decided to go ahead and put out the song…I hope—and the vibe I’ve gotten from people—that the single gave some light relief.”

I See You closes with “Test Me.” The song ties the album together with a ribbon of lush, hypnotizing production, a masterpiece by producer Jamie Smith. Centered upon the tension between Romy and Oliver following the release of Coexist, the track acts as a form of therapy. “Ceiling’s falling down on me, you look but you never see,” Romy and Oliver harmonize, alluding to the ignorance Romy has sensed from Oliver through recent years. In a Pitchfork profile, the band detailed their recently strengthened relationship. In reference to hearing the track for the first time, Oliver said, “It was hard, but we had a hug. It was good for me to hear.”

As the album interlaces intimacy with brilliant splashes of light, The xx prove that they’re not going in a completely new direction musically, but instead adding levels of richness to their toned down arrangements. I See You breathes a breath of fresh air into the band’s discography, delivering an unexpected, yet welcome, record. The xx seem to have finally come into their own as a band worthy of the limelight.