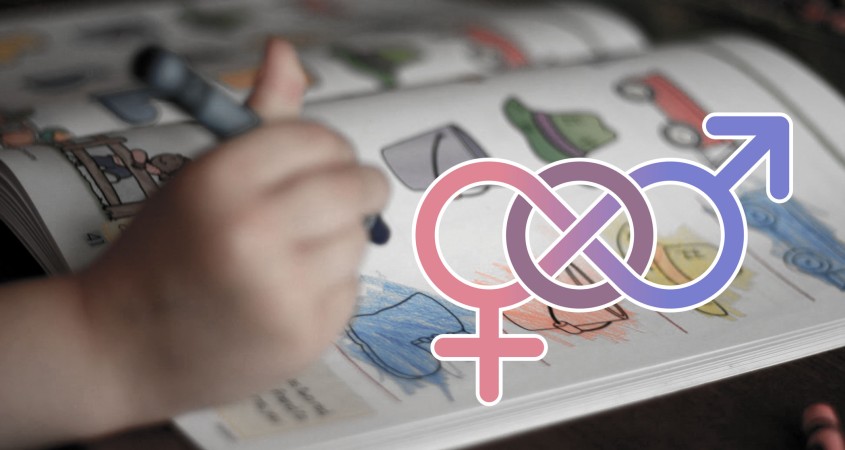 On September 18th of last year, I embarked from my house on the first in a series of many treks to the preschool across the street, crisp white resume and formal attire in tow.

Fast-forward to the second trek: no resume or stuffy apparel in sight, just a bubblegum pink work shirt and nervous anticipation for my new job.

By completion of the first day, I had committed to memory all the various and wide-ranging allergies of the children in the Yellow classroom. By the second, I could fully recite the 23 names of the Yellow class, with a sprinkling of vague recollections of the Blue. Working as a preschool teacher consists of constant movement, both in the physical and mental sense of the word. Just by merely writing this article, I find my mind buzzing with miscellaneous facts, varying from where to place Maura’s blanket at the end of the day so her mom can locate it with ease, to the fact that Simon is allergic to essentially every nut under the sun.

Yet, it’s not just facts that fill my mind to the brim. I’m practically submerged in a sea of candy-coated memories, consisting of buoyant shrieks of “Miss Rachel!” accompanied by an energized hug, and light pulls on the hem of my jacket belonging to a beckoning face, asking to be pushed on one of the rickety swings.

Painting all my remembrances as blissful as this, however, would equate to looking through rose-colored glasses. The two experiences that have stuck with me, and will most certainly continue to stick with me, are those that should not be portrayed in a positive light.

The day did not start out troublesome. Halfway through our timeslot in the recess room, I had begun to fall into my usual rhythm: resting for a few moments, then snapping out of my leisure to correct a child for violating one of the school’s plethora of rules. This familiar cycle was oddly interrupted when a sharp gasp fell to my ears.

One of the skills you develop through being around children and their usual antics for so long is a heightened ability to immediately spot sources of distress. As if on command, my head swiftly jerked to the source of the sound, which I had deduced to be near the dollhouse. The owner of the clamor wasn’t a child, but one of my coworkers, the head teacher. Her eyes bulged as she gripped a young boy’s hand, fixated on some detail of it, for which I could not decipher.

“Oh my god! Come here,” she shouted in alarm to her assistant teacher. At this point, my curiosity had gotten the best of me as I found myself departing my post next to the train table to grasp the cause of the commotion.

It took me a second to fully comprehend their source of shock. And then, I knew.

The boy’s fingernails were adorned with sparkly purple nail polish.

“Oh my gosh,” and “Can you believe this?” were squawked back and forth between the two teachers, as they exchanged sentiments of disbelief with one another. What the teachers saw was simply a young boy decorated with “girlish” cosmetic lacquer. Through my eyes, a prime example of wrongfully enforced gender roles played out before me.

Unfortunately, this example would prove not to be the last. An all-too-familiar scene transpired only weeks later. A teacher spotted a young boy with boots that possessed, in her mind, a distinct feminine appearance; you can surely predict the nature of the uproar that subsequently unfolded.

This is bigger than nail polish or boots. These seemingly insignificant incidents offer a glimpse into the multitude of ways in which society conditions citizens to abide by rigid gender roles, and it all starts at childhood. And yes, the issue is that deep. Gender stereotyping toys and activities has been proven to lead the way towards stereotyping careers.

If this fact sounds preposterous, researching the alarmingly large STEM gender gap is sure to dissipate any doubts. According to a 2011 report issued by the US Census Bureau, women made up just 26.6% of computer occupations. The disparities between men and women are even more apparent in engineering professions, where women represented a meager 13.2%. When young girls are advised to opt for dolls instead of chemistry sets, it matters.

Sally Ride is a prime example of the history that can be made when gender stereotypes don’t come into play. She’s most notably known for breaking the glass ceiling and becoming the first American woman in space, but her legacy doesn’t end there. She later founded Sally Ride Science, an organization with the goal of introducing young girls to STEM fields. A physicist, astronaut, and advocate, Sally proved that on the occasions when girls refuse to succumb to enculturated beliefs, great feats are achieved.

Likewise, enforcing gender roles on young boys through the deterrence of typical “feminine” activities can lead to hypermasculinity later on, as they’re embedded with the notion that “femininity” and “shame” are tightly bound together. Men are ingrained with the notion that outward expressions of emotions are not manly.

The detrimental effects of suppressing feelings are not to be taken lightly. As claimed by the American Foundation for Suicide Prevention, in comparison to women, men die by suicide 3.5 times more often. Staggering statistics on male suicide are commonly attributed to the tendency for men to deny counseling and support. This is a global problem. Hypermasculinity takes root in the early developmental stages of life, and must be squashed before it’s too late.

I have found this to be my ultimate plight as a preschool teacher; sunken in a sea of gender roles and stereotypes, with full knowledge of the repercussions. The more I ponder my dilemma, the more I sense a fire cultivate within me. I refuse to stand idly by while children as young as 3 are conditioned to believe that there’s a right and wrong way to express themselves. I desperately want to be part of the generation that empowers kids to explore the spectrum of femininity and masculinity, and to challenge archaic gender roles and expectations.

Overcoming these social constructs begins in childhood—one might say, in preschool. The steps towards the ultimate goal of a gender role free world can be as small as encouraging boys that there’s nothing wrong with enjoying nail polish. Long-standing gender norms must be broken, and the pattern of pressuring children to follow strict gender roles must come to an end if we wish for society to progress past its current outdated views on femininity and masculinity. These kids are our future; we cannot afford to make the same mistakes of the past.