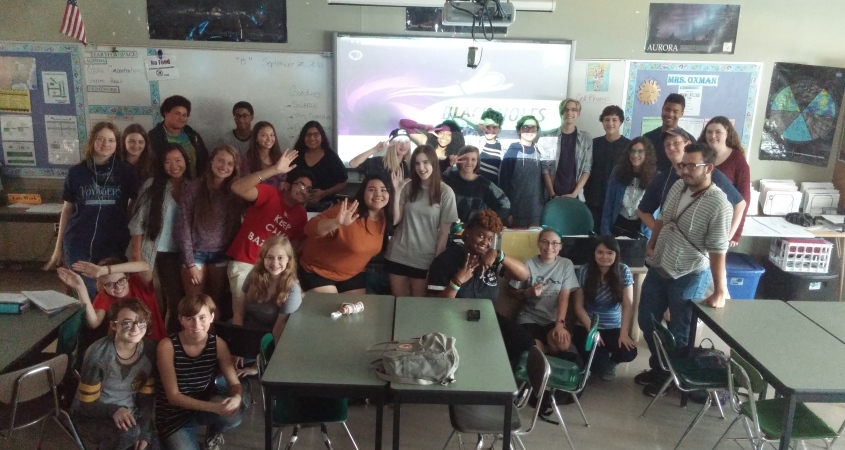 By Tessa Rendina and Kaja Nall

Interested in constellations?  Star gazing? New discoveries?  Astronomy Club meets Tuesdays second half of lunch in room G109.  Ms. Oxman, the club advisor, thinks students who “are interested in looking at the stars, new discoveries in space or just watching fun documentaries about the cosmos,” should join.  Last school year the club took a trip to a planetarium, learned more about constellations, and found out what to look for in the sky each week.

This year the club plans on holding stargazing events on the baseball fields once a month.  By joining Astronomy Club students can “gain an interest in the mysteries of the universe” said Ms. Oxman.