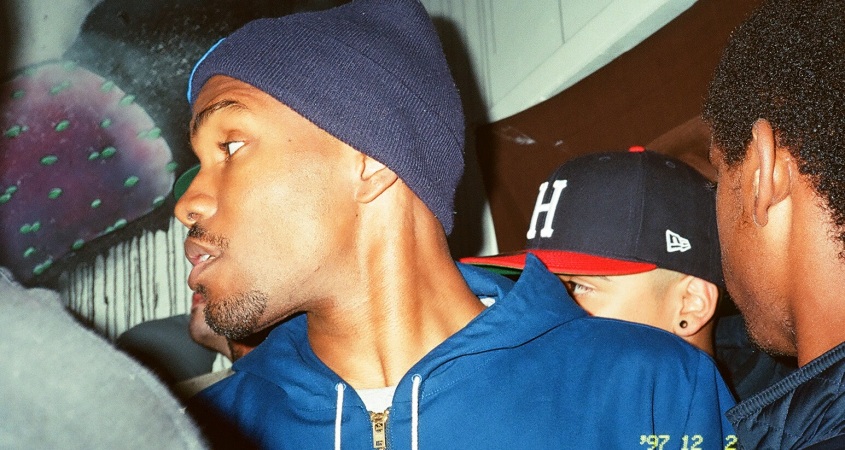 Prior to the release of his album Blonde, Frank Ocean had been missing since his debut album “Channel Orange” dropped in 2012. Though he appeared on tracks like Kanye West’s “Wolves” earlier this year, he hadn’t released any commercial projects of his own in some time. It all started by a random and unexpected livestream surfaced on Apple Music, which further lead to the release of his visual album Endless.

The next day, addresses of pop up shops surfaced, which fans flocked to within minutes to find copies of the Boys Don’t Cry Magazine by Frank himself. Inside were written passages by many artists, and a physical copy of the album Blonde. Only minutes later, the long awaited Blonde was released exclusively through Apple Music.

Blonde clashes with Channel Orange as perhaps Ocean’s best project to  date (and possibly the best album of 2016). The first track, “Nikes,” starts with a chipmunk-esque sound on Frank’s vocals, which gives listeners a very skeptical start to the album.The transition in sounds is unique and diverse, and gives the listener a hint at what he’s been working on for the past 4 years. The second track, “Ivy,” sheds light on Frank’s early life, growing up, and first relationships. His vocals on this song are incredible, (as seen in the rest of the project) and definitely is a highlight on this album.

“Pink + White” follows the sequence of growing up and covers Frank’s youth and early love. With vocals from Beyonce and production by Pharrell Williams, this song is just as good as it seems it would be. The fifth track, “Solo,” is my personal favorite. The simple instrumentation in this song accentuates Ocean’s vocals as he speaks to all the people living solo. He shines light on living lonely, waiting for that call back, and most importantly, self love.

The next song, “Skyline To,” is more of an elongated interlude with vocal help from Kendrick Lamar. There is really no clear explanation within this song; it’s more of a complication of Frank’s random thoughts, but is still a nice addition to the album. “Self Control” tells the story of a person Frank has fallen in love with and things he wants to do with that person. He questions whether the impulses he has will betray whether the love really means anything. Vocally, this song is a high point on the album in my opinion.

“Nights” is also another high point of the project, not only vocally, but for the instrumentation and changes in sound that occur midway through the song. He channels his rapping roots from his Odd Future days and lays an incredible mix of rap and singing on this song. The  “Solo (Reprise)” featuring Andre 3000 may be short, but is definitely more than just an interlude. With the rare appearance of Andre 3000 on the track, he addresses ghost writers and how ashamed he is of how much work he had to put into his craft, that now artists have other people writing their lyrics.

“Pretty Sweet” marks one of Blonde’s best displays of production. The beginning sounds like a chaotic mix of vocals and loud beats but quickly changes to a fast, steady beat. Later, on “White Ferrari,” the production may not impress many on it, but the use of vocals as a harmonization with acoustic guitar playing is nothing short of beautiful to the listener’s ears. The final 3 tracks; “Seigfried,” “Godspeed,” and “Futura Free,” all tie in as wonderful displays of the change in sound that has ensued from his Channel Orange days.

Frank Ocean’s Sophomore Album Blonde is an amazing project with a great mix of features, production, and Frank’s vocals of course. Anyone who has never heard of Frank Ocean, go back and listen to Nostalgia Ultra, and Channel Orange before getting into this album. For fans and skeptics of Frank, I HIGHLY recommend this project.

LEAST FAV TRACKS: Skyline to (if I had to choose one)